In today’s session, I added shoulders to my arm exercises. I focused on my triceps and biceps first before shoulders. I completed a total of three sets, ranging from 9 to 12 reps, alternating between the two groups of muscles, performing three different exercises to target each group. For example, supine (palms up) dumbbell bicep curls followed by a triceps press-down using a rope on the cable machines.

Aside from looking great, your shoulders are involved in just about every movement you do including while you are on the hunt, so exercising them will make daily functioning that much easier. If you don’t shoot your bow on a regular basis, you might struggle & experience some shoulder sorenss when you jumped back into practicing before the upcoming season. We all know as hunters, the more strength you have in your shoulders, the easier it is to draw your bow. So by participating in some shoulder exercises, you will gain strength and avoid the worst, injury. Your shoulder muscles are fairly small, so you may not be able to use as much weight as you can when training your chest or your back. That being said, ease in to your shoulder exercises using light weights.

Shoulders, also referred to as deltoids is divided up into three groups: Anterior, Medial, and Posterior.  Anterior refers to the front of your shoulder, medial deltoids is the middle muscle, and poster deltoids is the backside of your shoulder. All of which must be conditioned because they are all firing as you draw back your bow and hold. I performed three sets of each: over-head shoulder press, lateral, frontal, and posterior raises ranging from 9 to 12 reps with moderate to heavy dumbbells.

In the pictures below, I am challenging my core by balancing on a stability ball and strengthening my medial deltiod by performing a lateral raise using dumbells. The first picture represents my starting position while the second picture resembles the ending position. My torso is in the upright position maintaing proper alignment throughout the lift. 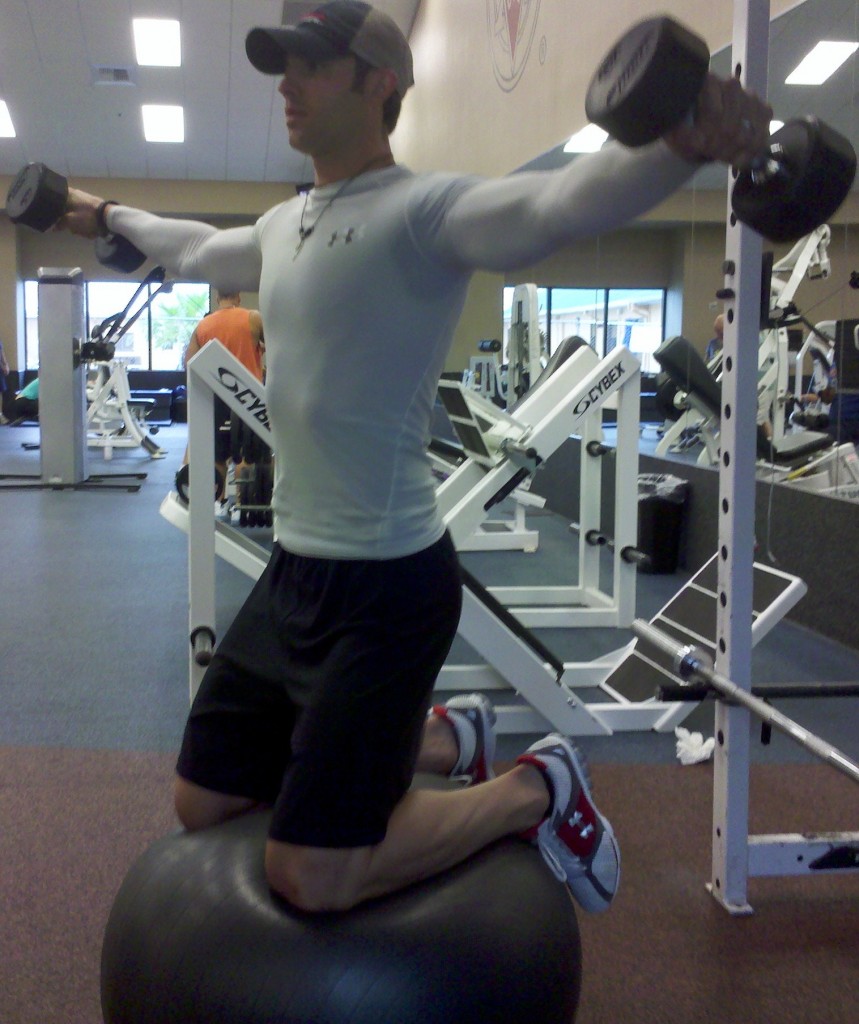 How many of you have ever been unsuccessfull on a hunt because you could no longer hold back your bow at full draw? What was the ending result? I am guessing you either had to let it down ending your hunt or maybe you simply made a bad shot because your sight was shaking too much due to muscle fatigue.  Training your shoulders will strengthen your overall draw poundage on your bow and lengthen the amount of time you may have to hold it back while waiting on an ethical shot. Don’t let your lack of training cost you a chance at a mature animal. Hunt Strong, Train To Hunt 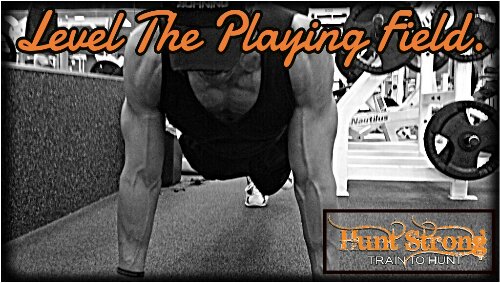