Backwoods Life TV Hosts; Michael Lee, Kevin Knighton, and Woody Sullivan, along with Mike Grundmann and I as camera-men, head to Fort Morgan, Colorado with our good friend, Shane Tucker, in pursuit of Pronghorn Antelope. Shane is the owner of Stand Alone Taxidermy, the official taxidermist of our Backwoods Life Team.

It’s the gun season opener for antelope and we are ready to bring the heat. And bringing the heat is exactly what we needed. As our trip approached, so did a cold front packed with wind and snow. The Hawke Optics are dialed in, bullets chambered, and the cameras are rolling. We only have two days to fill three tags. 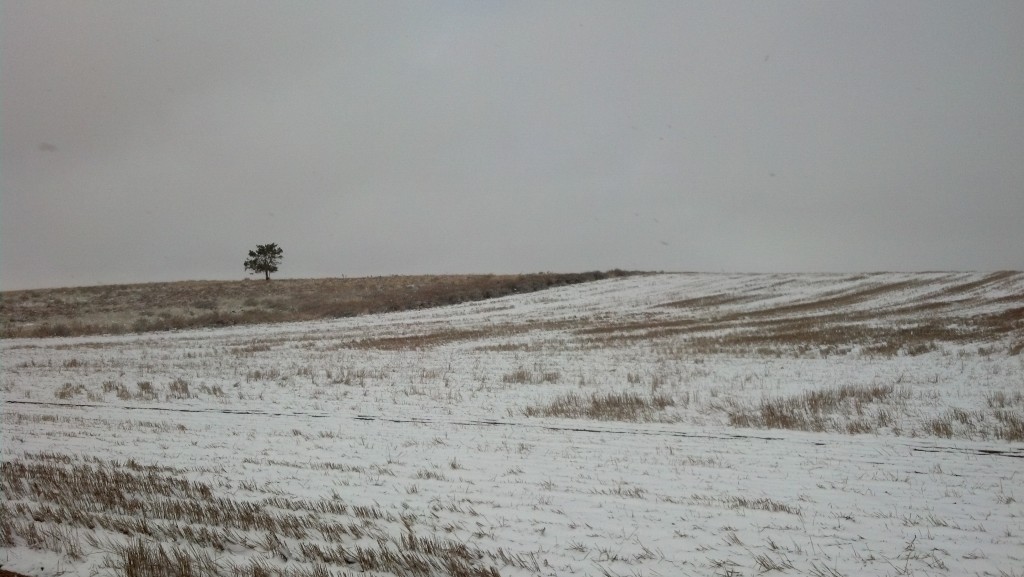 The terrain we are hunting is flat and has next to nothing for brush to help camouflage us. The rut is on and the bucks are on a mission to herd their does in heat. So there are multiple eyeballs to fool and only our Realtree Camoflauge to help get the job done.

Woody leads off our hunt. About mid-day, we spot a  good buck bedded down alongside a hill all by himself. Shane, Woody, and Mike put the wind in their face and the stalk was on. Just as they see the buck’s horns and  settle into position, the buck stands up with a perfect broadside shot. Woody squeezes…… “click”, he forgot to load the gun. Woody immediately bolts a bullet. The buck is just about to make his move and Woody squeezes off a round making the loudest ping sound we have ever heard. Woody wasn’t messing around anymore, he struck the buck right in the back of the head, one fatal shot.

Next up, Michael Lee. We spent all morning of day two glassing several acres of plains with our Hawke binoculars, but there were very few antelope to be seen. We had just about covered all the property we had access to hunt and were considering calling it quits when just over a slight draw was a mature buck and two does bedded. This was probably going to be our only chance so we had to make it happen. Shane was responsible for ranging the buck so Michael could make the appropriate shot and I was running the camera. Our stalk was steady and slow so not to jump them up. As we get closer, the buck stands up and Shane ranges the antelope at 151 yards. Michael makes the adjustment and squeezes off. 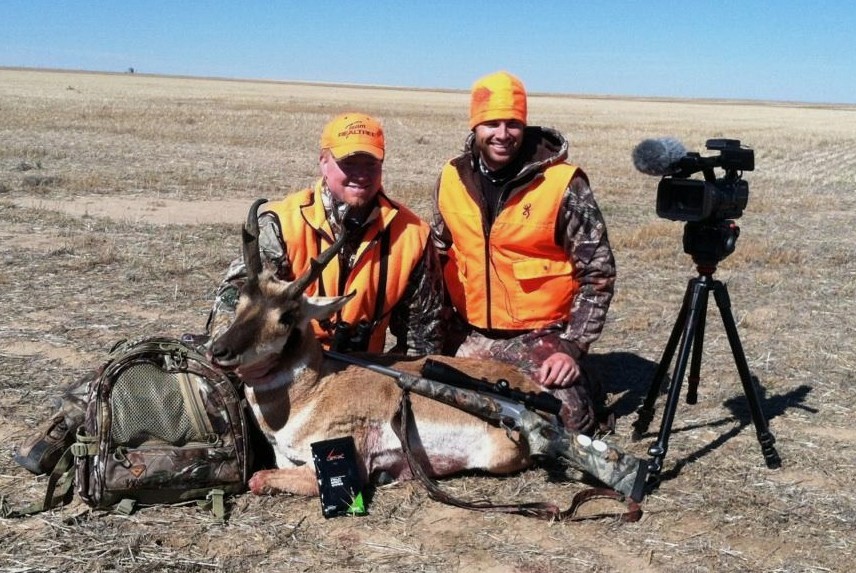 We could not drive to this buck and didn’t want to drag him out messing up his coat for a shoulder mount. Since I am always ready for a challenge, I walked him out on my shoulders 800 yards all the way back to the truck. Here is a picture Kevin took through the spotting scope of us walking back after the successfull stalk.

Last but not least, Kevin Knighton is ready to sling some lead. It’s early afternoon and we are at it again. It doesn’t take long to spot a really good antelope with a bunch of does. They spray down with Lethal Scent Elimination and start their long stalk. Woody, Michael, and I sat on top of a hill to watch Shane, Kevin, and Mike close the distance from more than 1,000 yards out. Talk about exciting!  We got to watch the entire hunt unfold through our Hawke Binoculars as Kevin harvested this mature antelope. 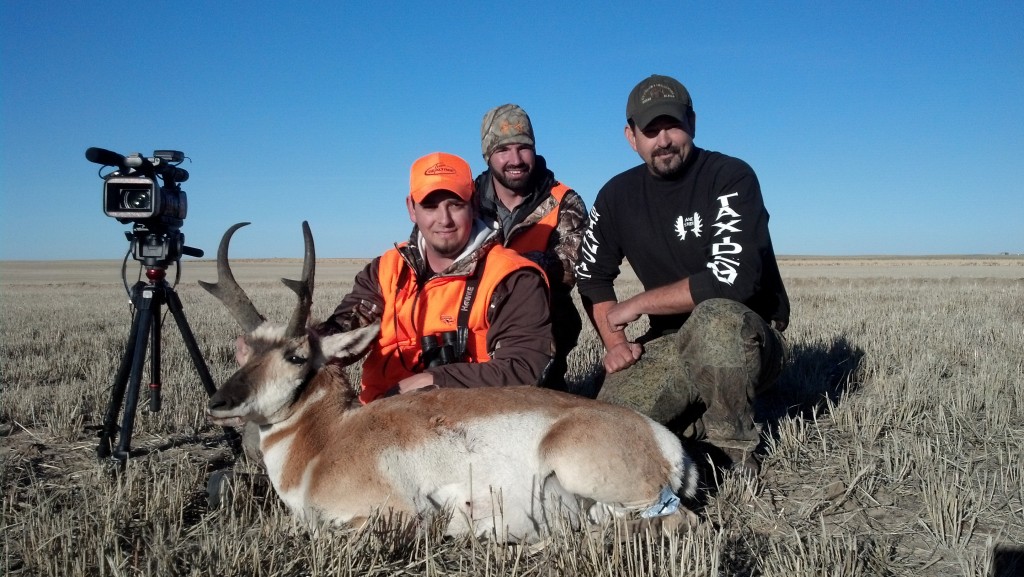 Three tags filled in two days, all spot n’ stalk and all three scoring Pope and Young. Thanks to Shane for opening up his home for all of us and putting the hunt together. If you ever need any taxidermy work done, don’t hesitate to let Shane make your trophy more memorable than ever. 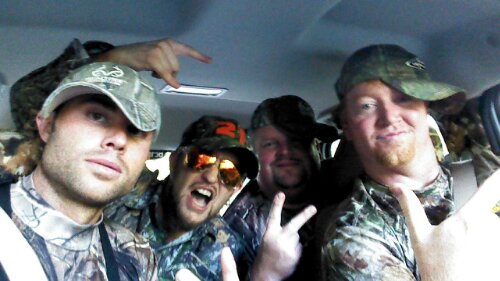