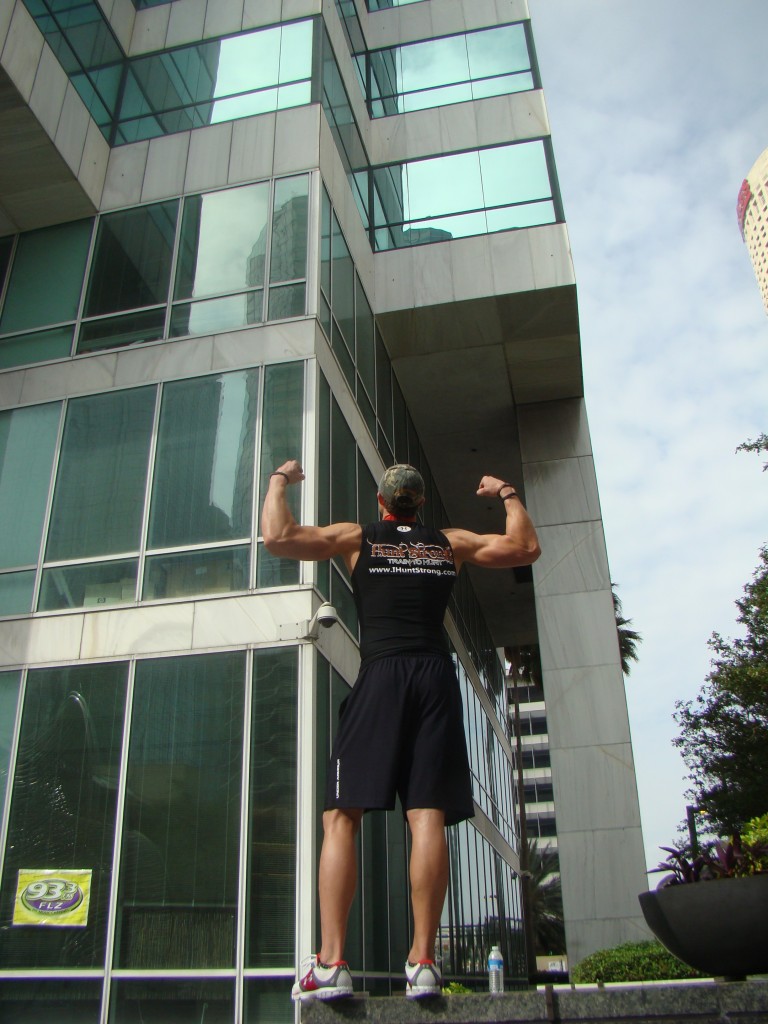 Feelings of extreme exhaustion, legs weighing 100lbs. a piece, muscles on fire, fighting for air just to make it to the 42nd floor. That’s what over 1100 individuals felt as they participated in The American Lung Association’s 6th annual Fight For Air Climb last Saturday, March 26th, at The Bank of America Building in Downtown Tampa, FL. The B.O.A. consists of 84 Flights of Stairs, 42 Floors, and over 900 total steps. This was my second time competing in this annual vertical climb and I did not expect it to be any easier than before. My Goal was to beat my previous time of 5 minutes and 35 seconds (1st in my age group of 18 to 29 and 2nd overall) from last year. Was I successful?

Why Climb? The Fight For Air Climbs are fundraising events for the American Lung Association. Teams or individuals participate in these events to challenge their personal fitness levels as a race while others climb to support someone who has lung cancer, asthma, emphysema, coronary obstructive pulmonary disease (COPD), second hand smoke or as a memorial of a family or friend that has passed away.

Why Do I Climb?? Not only do I climb for the reasons above, but I climb for every Hunter who’s  lungs have burned as they gasp for air or their muscles giving out during a stalk as they attempt to take a trophy animal. Whether you are hunting Dall sheep in the Northwest Territories or Elk in Colorado, the bottom line is, if you are not physically and mentally prepared for the Hunt, you may struggle to be successful, suffer from altitude sickness or even face death.  Check out some of these warriors! 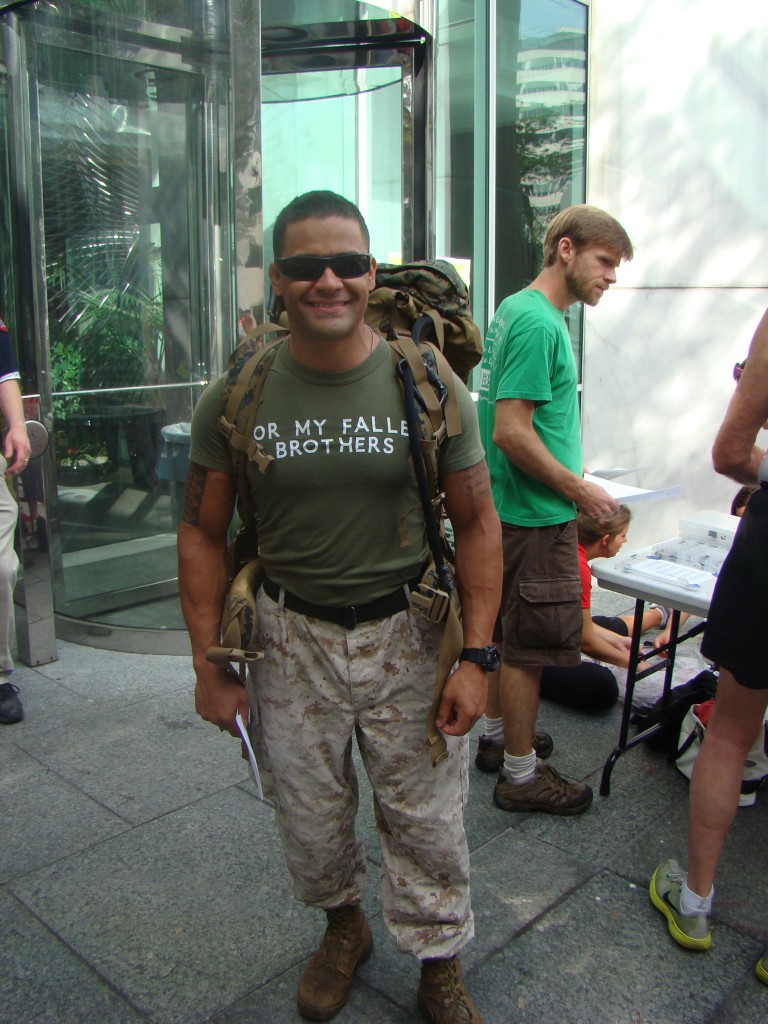 Here is a HERO who is a true hero in my eyes. He was climbing the 84 Flights of stairs with a loaded backpack. If you look closely, his shirt reads “For my Fallen Brothers”. Please say a prayer for all the heroes that protect this great country and fight for our freedom everyday. They put their lives on the line so that we can enjoy our daily lives with the camaraderie of family and friends. God Bless all of our fallen heroes and  their families. You will never be forgotten! 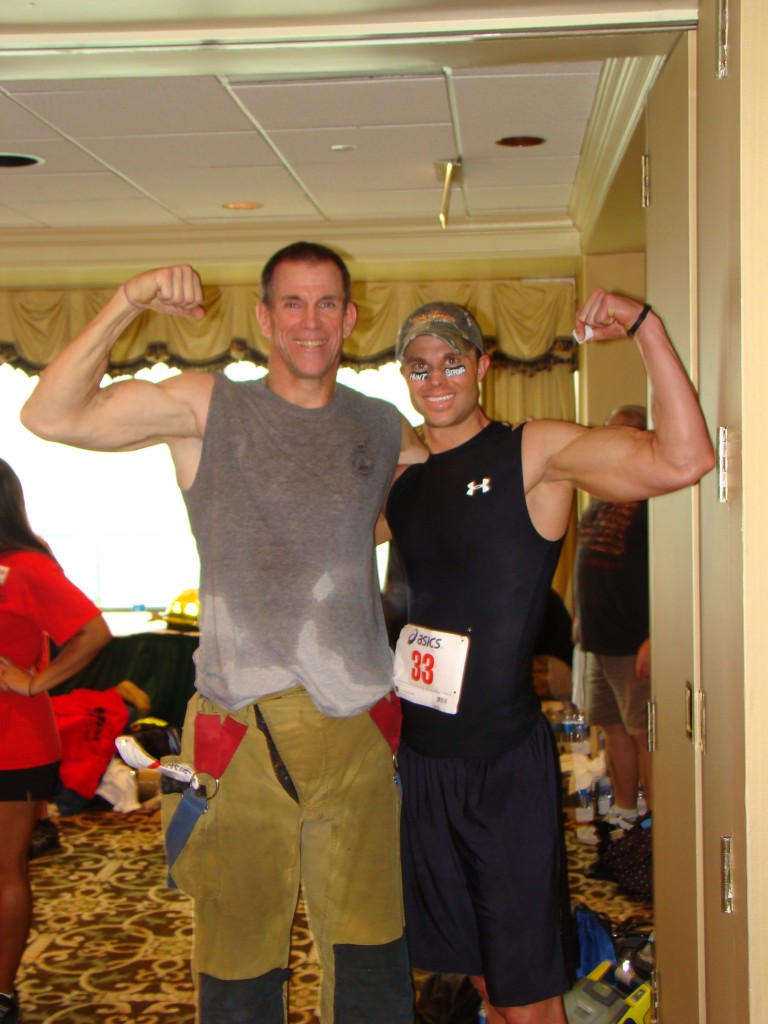 The picture above is of John Cannon, an ex-Tampa Bay Buccaneer and Firefighter, who wins the Firefighters Full Bunker Division every year. That’s Right, Firefighters climb full gear, which is equivalent to an additional 70 pounds! John completed this year’s climb in a total of 7 minutes and 35 seconds. John is one of the few ex-NFL players who maintains a great physique and without question, is one of the mentally and physically toughest men I know. Congratulations John and thanks for your inspiration. 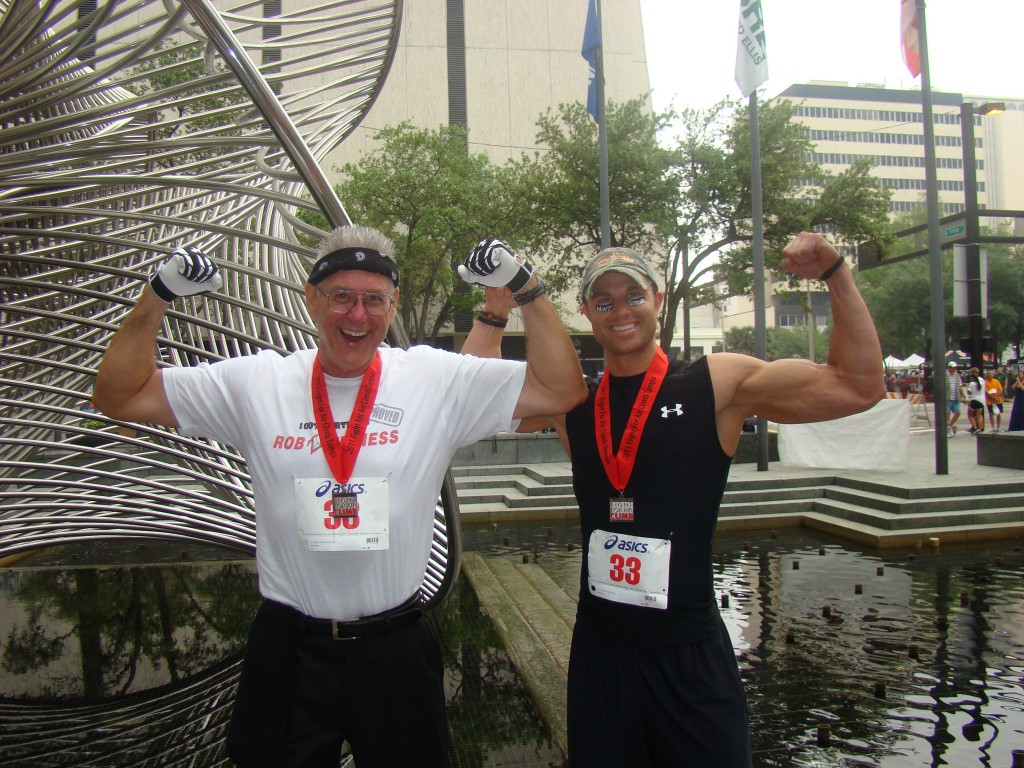 Another inspiration of mine is Bob Hendryx! Last year,  Bob weighed 115lbs. heavier, with a body fat percentage of 36%, than what you see in the picture above (now 11% body fat) and could not participate in the climb. Since then, Bob has completed 4 Fight For Air Climbs: Orlando, West Palm, Jacksonville, and now Tampa. He is signed up to compete in Miami (55 Floors/110 Flights) on April 16th and he will be joining me in Ft. Myers (32 Stories/ 500 Plus Steps) on April 30th. Bob placed 2nd in both Orlando and West Palm for his age group of 50 to 59 year olds. Bob just climbed The Bank of America (84 Flights/42 Floors/914 Steps) in 9 minutes and 12 seconds. Bob is one of the most determined individuals and if he says he is going to accomplish a goal, you better believe he is going to “Make It Happen”. Bob’s advice, “Make yourself sweat everyday”. Bob, 57 years old, also says and I agree 100%, “You are never too old to get in the best shape of your life”. Bob has a picture on his Refrigerator that says “What would Davie Eat?”! 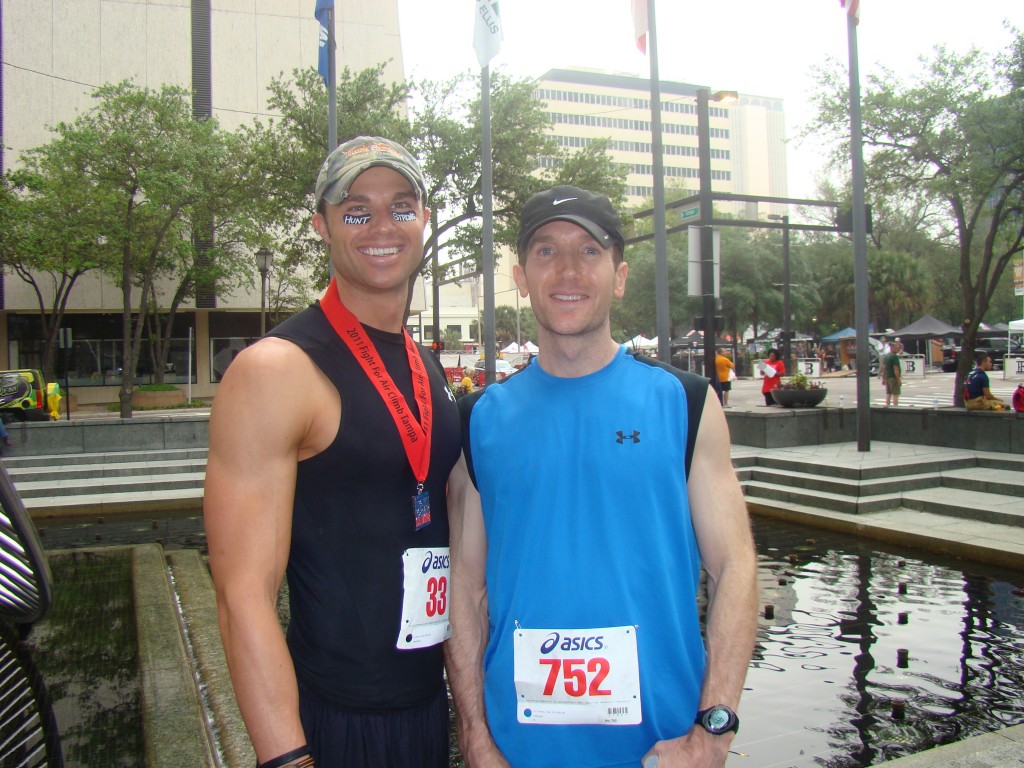 This is Chad Kreiley, the stair climber champion. Chad travels throughout the United States competing in Fight For Air Climbs. Chad has won several and gives me the drive to increase my pace and finish faster. Chad came in 3rd overall on Saturday with a time of 5 minutes and 1 second. His fastest time on this climb is 4 minutes and 54 seconds. I will be competing with Chad again in Ft. Myers where he climbed that 32 tower building in a total of 2 minutes and 29 seconds last year.﻿﻿﻿ Great job Chad! 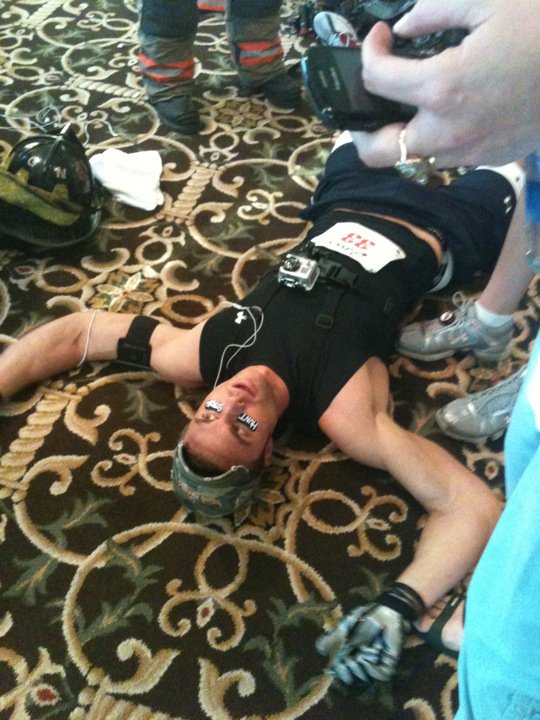 Finale Results: I came in 5th overall and 2nd in my age group of 18 to 29 years old. My overall goal was to complete the stair climb faster than the previous year. My time, 5 minutes and 33 seconds! Just two seconds faster and yet another year older. Next year, I will be in another age category, 30 to 39 year olds. I did not come in first place but I gave it my all as you can tell from the picture above.  As a hunter, you need to be a well conditioned ATHLETE from head to toe both mentally and physically. You must prepare for the unexpected.  A successful hunter must portray both muscular strength and endurance. Not to take anything away from the athletes who beat me in these stair climbs, but I weigh up to 60 pounds more than them, which I make up in lean muscle mass. A huge thanks to these phenomenal athletes because after all, they just make me better. However, if there was a race to backpack an elk out from a canyon that weighed a total of 300 pounds, you better believe I would be finishing way in advance by minutes. I am built to hunt. I enjoy competing in these climbs because it is a true  testament to my potential and active clients, I walk the walk and talk the talk. I don’t just hunt, I Hunt Strong! I Train To Hunt!

Check out the Pictures from the Fight For Air Climb!

Click on this link http://altavistasports.com/results/2011results/alaclimbtampa03262011.htm to see the final results! 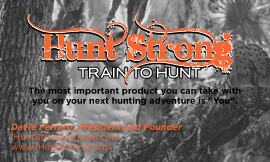